Amazon Officially Announces The Dates for Prime Day (Both of Them) We finally have the real dates!

Amazon Prime Day will begin July 12th and run for 48 hours- so Prime Members will get 48 hours of deals.  Over one million deals according to Amazon.

Prime Day will offer more than one million deals globally, including new featured Lightning Deals.  These deals will include jaw-dropping prices on top-tier brands. Due to the nature of these deals, many will have limited quantities and could sell out fast, so Prime members should come back frequently to view new deals launching throughout the 48-hour event (or just watch A Frugal Chick’s Facebook Room!).

Early deals will start June 21st and here is some of what we know now:

If you see something you think might be on sale on Amazon Prime Day – add it to your cart or watch list! So mark your calendar and watch A Frugal Chick for the best deals!

Here are some other Amazon deals you can check out:

Shipping is FREE on orders of $25 + or with Amazon Prime or Amazon Student.

Don’t have Amazon Prime?  Check out How To Use Amazon Prime (Free For 30 Days).  If you are/have a student How To Join Amazon Student could get you FREE 2 Day Delivery!

Save BIG on Household and Grocery Items- How to Use Amazon Subscribe and Save.

**Amazon prices can change at any time- be sure to double check the price before you purchase.** 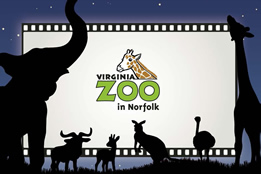